Handover procedures are a key function of LTE eNBs. They are intended to reduce interruption time compared to the circuit-switched handover process in 2G networks. Thoroughly evaluating the performance of LTE eNBs requires testing multiple handover procedures, shown in the table below. LTE eNBs must execute handovers both within the E-UTRAN (inter/intra-eNB) and between legacy Radio Access Technologies (RATs) such as UMTS. 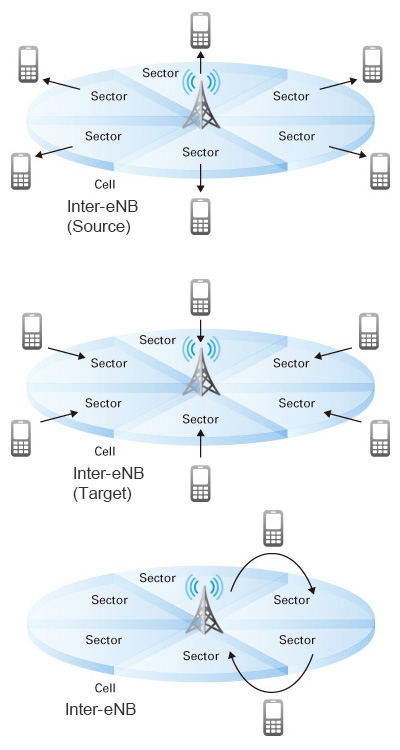 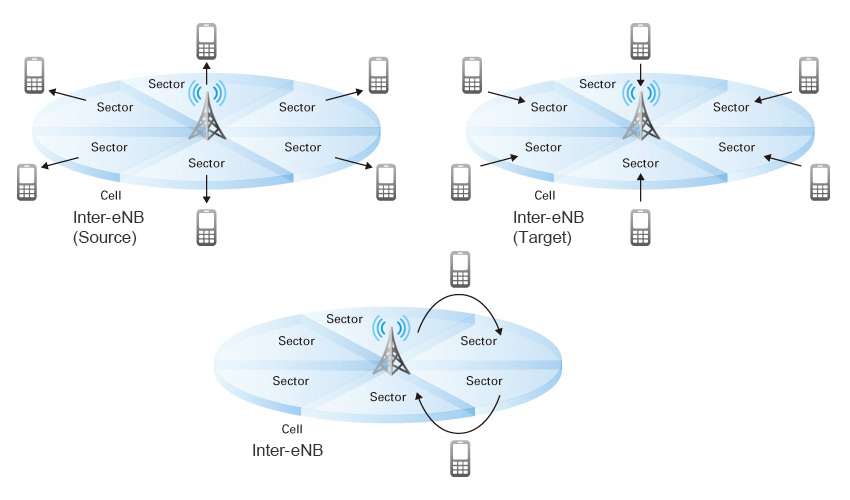 The figure below shows the test configuration for inter-eNB and inter-RAT Handovers. There are two types of procedures that can be tested in this configuration: “Source,” and “Target.” In the Source procedure the UE exits the cell, and in the Target procedure the UE enters the cell. The eNB (DUT) connects to the S1/X2 Simulator with X2AP and S1AP interfaces, and also connects to the UE Simulator. Source and Target procedures can be tested with the same configuration. “Inter RAT (Source)” and “Inter RAT (Target)” handovers can also be tested in this configuration. Intra-eNB handovers use a slightly different test configuration, shown in Figure 3 below. 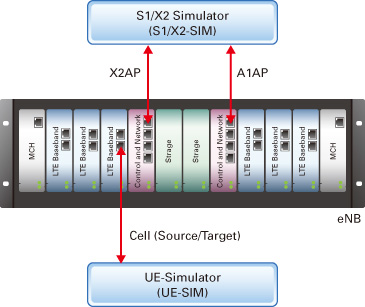 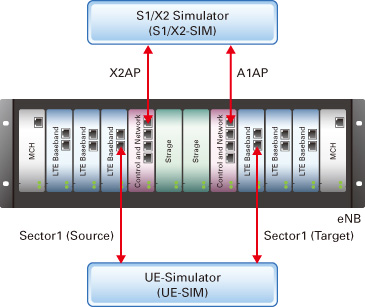 When a UE leaves an eNB cell to a cell controlled by a neighboring eNB, it’s called an Inter-eNB (Source) handover. 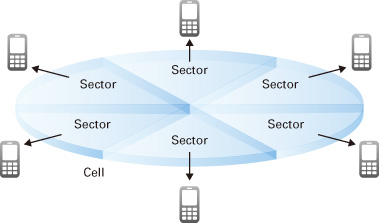 If an eNB receives a UE (the UE enters the eNB’s cell) from a neighboring eNB during a handover, it’s called an Inter-eNB (Target) handover, because the eNB is the “target” of the handover. 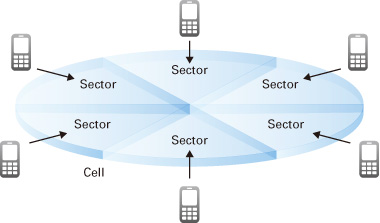 When a UE moves from one sector to another sector that is managed by the same eNB, it’s called an Intra-eNB handover. 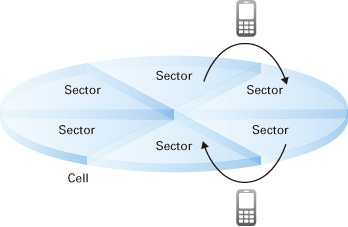 The chart below shows details of the messaging and procedure for Intra-eNB handovers. 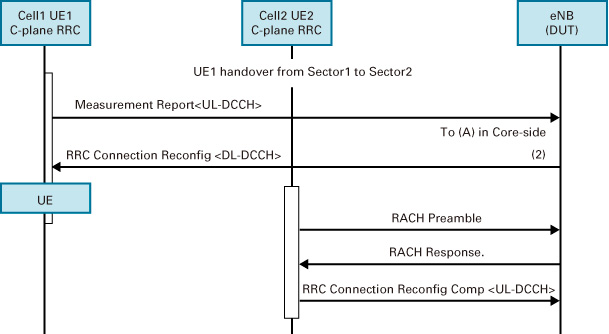