Non Access Stratum (NAS) Test Feature is a critical functionality of LTE UE Simulator. NAS is the signaling protocol terminates at the MME, and it is responsible for the generation and allocation of temporary identities of the UEs. NAS protocol is part of the RRC protocol of C-plane shown in Figure 1. This feature allows simulation of an environment that resembles the real-life operating conditions of the MME, S-GW and P-GW. 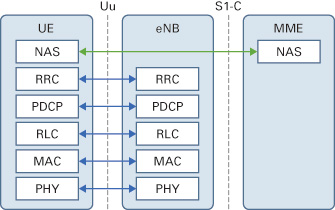 The relationship between EMM/ECM NAS states and RRC states is shown in Figure 2. Once UE enters RRC_CONNECTED state, it can register with the Mobility Management Entity (MME), and the EPS Mobility Management (EMM). The EMM state then moves from EMM-DEREGISTERED to EMM-REGISTERED. The EPS Connection Management (ECM) state (ECM-IDLE or ECM-CONNECTED) reflects the connectivity of the UE with the Evolved Packet Core (EPC). 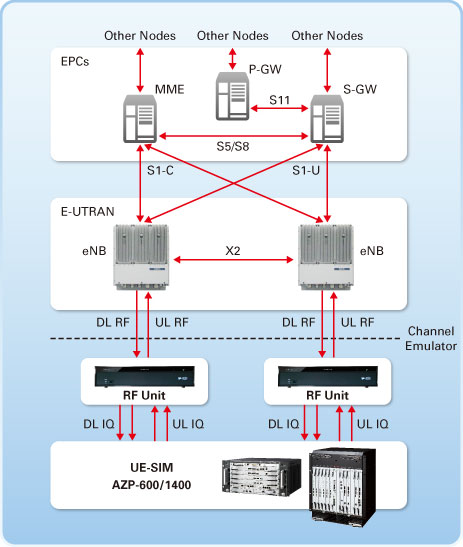 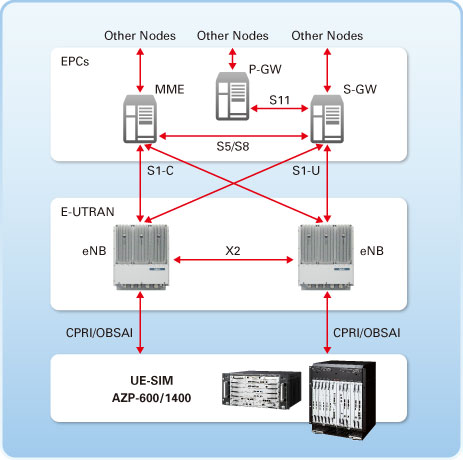 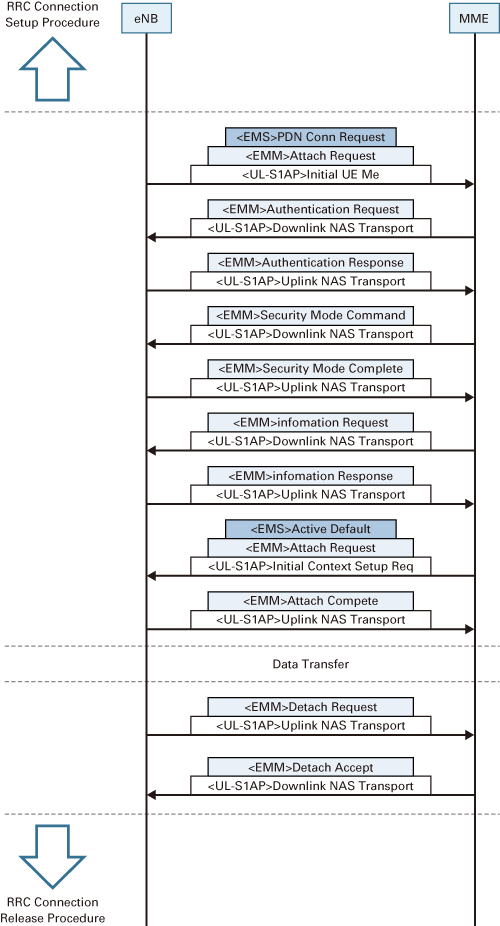 Beside simple NAS protocol testing, the mobility testing capability is also unique in the solution. You can find dual connections from UE-SIMs to EPCs through dual eNBs. This provides Inter/Intra eNB handover (see Figure 6 and Figure 7) testing as shown in Figure 3 and Figure 4. The UE-SIM can take handover action by detecting not only MIB/SIB on PBCH in cell search procedure from the eNB but measuring real radio quality. These two UE-SIMs are able to simulate real LTE UE moving from one E-UTRAN cell/sector to another by using channel emulator to RF connections as shown in Figure 8. One example of the channel emulator is also shown in Figure 9 and Figure 10. This mobility test is really useful and usually is adopted as system acceptance test by operator’s QA team. 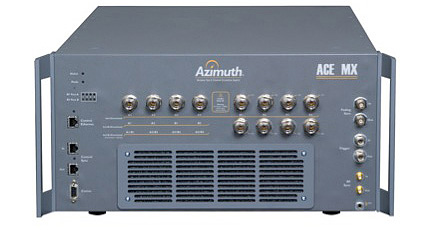 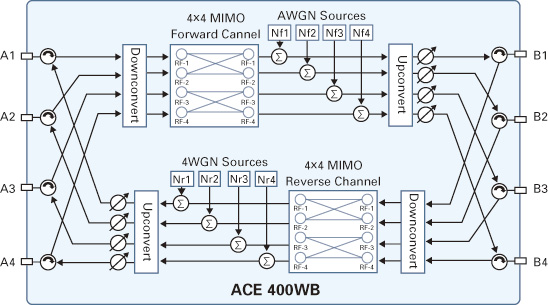